For The Future Sounds of Folk festival in Dec 2011, Singapore artist One Man Nation (Marc Chia) and Dutchman Machinefabriek (Rutger Zuydervelt) did an improvised performance together at the Bimhuis in Amsterdam.  While the two never performed together, their playing interlocked tightly, magically injecting the performance with a spontaneous energy, as if Marc’s spiky digital crunchiness married with the fluid sine wave ambience of Zuydervelt was destiny.

Their first release together features 3 tracks, a live recording of their set at the Bimhuis unedited, followed by a remix by each artist.  Machinefabriek’s take on the remix focused on the dark, atmospheric side of the live set, while One Man Nation’s attempt clearly expands on the sharper and more energetic elements.

The resulting mini album is available as of the 20th of May 2012 and is jointly released by Machinefabriek and The Unifiedfield. 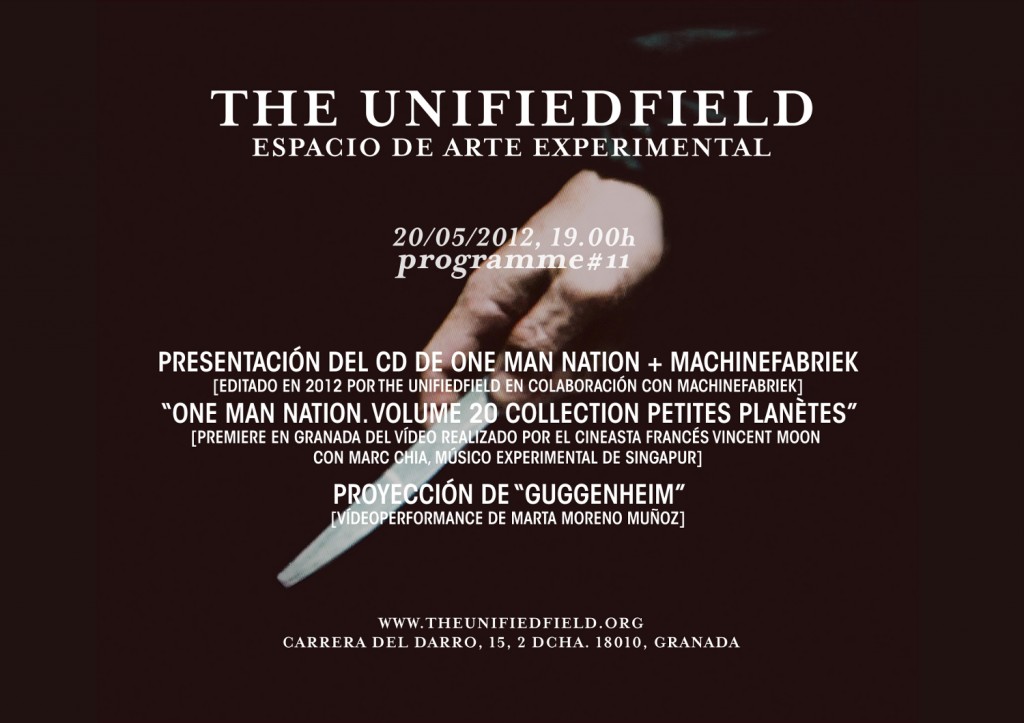